by Chetan Bhawani
in Comparison
0 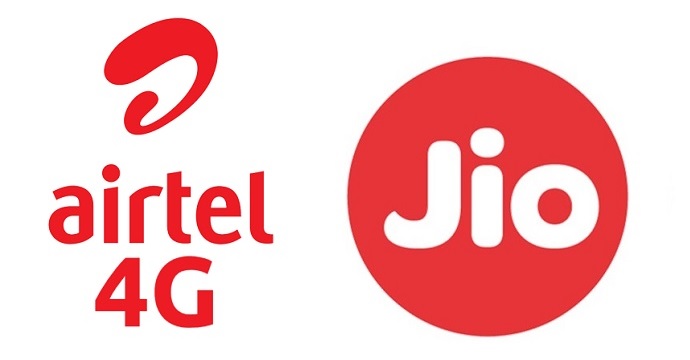 As it is easily noticeable, the network operators have started indulging in the pricing war in India. It was almost like a similar offering from every operator before Reliance Jio entered the scene and now, there has been a big fall in the prices and increment in the services offered by the same carriers for the same prices.

The well-sought plans from the two network providers that can go neck-to-neck in the near time include the Rs. 303 plan from Reliance Jio and Rs. 345 plan from Airtel. Just to note, Airtel is offering this for not the same amount but it could be even Rs. 349 based on the circle. Let’s see how do these two offers differ and which is a better plan among the two. (Note: We are talking about the Rs. 303 plan on Jio Prime).

Data offering on the plans

Both the plans are said to offer 1GB per day of data to the users.
There are no happy hours and you will see data exhaustion and slow down of speeds once the daily limit of 1GB is reached.

Call offers on the plans

Both the plans have the same offer when it comes to calling. You can make unlimited calls to local and national numbers, be it a mobile or a landline number.

Big difference – No matter where you are, calling from your Jio number will be free. Even if you are on national roaming. Though Airtel has not answered to it yet, the rules of its plan state that on Rs. 345 plan, you will be able to get incoming calls for free when you are on roaming but outgoing calls will be chargeable. This difference might not be there if Airtel offers free calls from anywhere in the country but we are yet to get an answer from the network provider about the same.

SMS offers on the plans

Sending SMSes is still a thing for many. Not telemarketers but some users choose to send SMSes at times and every SMS costs more than what a call could cost.

Big difference – Reliance Jio’s 303 Plan gives 100 free SMS per day while Airtel is not giving anything on this front, and you will be charged for every SMS sent from your Airtel number even if you take up the plan.

Other services – What else is offered?

Note: For both the network providers, you will need a 4G phone in order to get the offer and take advantage of it. Airtel network works with even 2G phones but for this offer, the company has mentioned that you need to grab it using a 4G phone. And on the other side, Jio 4G network works only on a 4G phone.

App subscriptions – This is another difference where Jio beats Airtel. There is complimentary subscription offered to the Jio Apps including JioTV, JioCinema, JioMags, JioCloud with 5GB cloud storage. Airtel is not offering anything as such as special apps for the users.

For both the networks, you need to regularly recharge in order to retain the offer. You will have to do monthly recharges with that amount, otherwise, the offer won’t be available.

For Jio Prime, you will first need to do a Rs. 99 recharge to enroll the membership and then before March 31st, recharge with the Rs. 303 or Rs. 499 plan to start enjoying the benefits from April 1st.

For Airtel offer, just recharge with the amount based on your circle and that too has to be done this month, i.e. before March 31st.

Jio or Airtel – Which is a better one?

Only if you are completely satisfied with the data speeds of Jio and if the calls are going through on Jio without an issue, you know what to opt for. Jio should be your choice in the longer term.

Check if your Android phone can get Google Assistant

Check if your Android phone can get Google Assistant