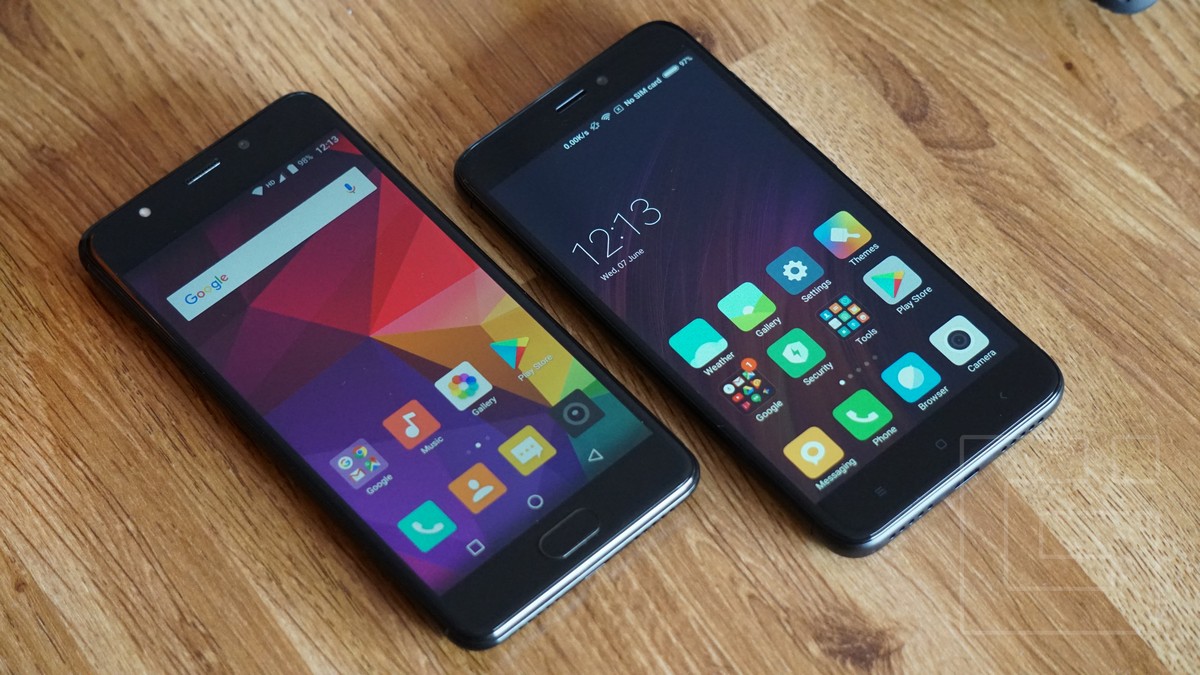 The YU Yureka Black was just launched with the price tag set at Rs. 8999 and this brings it in contention with the budget range king from Xiaomi, the Redmi 4. While the latter has three variants priced from Rs. 6999, it is the 3GB RAM variant that we had reviewed and it is priced exactly the same as the Yureka Black.

In the coming months as well, we wouldn’t probably see a better phone than the Redmi 4 as said in the Redmi 4 Review, but Yu Televentures has done an honestly bold attempt to bring a device that is strong with the spec sheet it holds and with the design as well. After a good amount of time, the conclusion remains as expected – the Redmi 4 from Xiaomi wins it by a decent margin, and read on to know why.

Very subjective, this. The design is something that we cannot judge easily because some might like it and some might not. Here, both the phones have a metal design and there are color variants while the Redmi 4 has a matte finish to every model, the Yu Yureka Black has a Chrome Black variant as well with the glossy back. Also, the size is almost the same and the arrangement of the speaker and other ports too match quite a bit. The difference is with the placement of the fingerprint sensor as the Yureka Black has it on the front while the Redmi 4 houses its fingerprint sensor on the back. A better resolution display is offered on the Yureka Black. Some might argue that this will hurt the performance because of a higher graphic output level at times, but then, who would not like a sharper display? Also, while there is nothing clear about the screen protection on the Redmi 4, the Yu Yureka Black’s display has a Corning Gorilla Glass 3 protection.

Both the phones are running Android Marshmallow OS and while we are expecting both of them to receive Android Nougat update, let’s talk about what is offered. I’m no big fan of MIUI personally but when it is put up in contention against the Yureka Black, the MIUI 8 offers a lot more in terms of features and the user experience.

Over the years, MIUI has evolved and has been made much better and to such a point where the actual OS version doesn’t matter. Micromax has been trying out ways to get the user a good experience but it has left them confused as you don’t see a pattern or a set UI that you see constantly on the company’s devices. This time, even though there are several good gestures available, the interface is not as good as the one on Redmi 4.

Both the smartphones are powered by decent chipsets, with the Redmi 4 having a Qualcomm Snapdragon 435 processor and in comparison to that, the Yureka Black being powered by the Snapdragon 430 processor. On one hand, while the SD 435 outperforms the competitor in some areas, the availability of more amount of RAM helps as well when you are multitasking. While we talk about the performance, gaming is always something you need to know about. Both the phones did play games well and rarely was there a lag seen. But, it is the heating that bothers me when I tried gaming on both of them and the Yureka Black reached temperatures of about 44-degree after an intensive gaming session of about 40 minutes. The same on the Redmi 4 took it to about 40-degree at max, and the higher the temperature is, the processor clocks itself down to not make it worse, so there is a compromise in the performance in the end.

And overall, it was a better battery life on the Redmi 4 on different scenarios.

It was a tough battle, but while it was almost the same with the rear camera, the Yureka Black has a much better selfie camera, and to an extent, it can be called the best front camera in this price range. Though, these are some of the samples that you can see to judge which one you feel has a better camera. Although the hardest part for someone looking at one of these two is getting their hand on the Redmi 4 (the flash sales are never going to easily hand a phone to you), with some efforts and patience, you are going to get a better device if you are choosing that over the Yureka Black. The latter isn’t that bad a phone but let’s be honest – the interface doesn’t offer so much and the heating issues are going to only get worse when the usage increases.

The camera department is where the two phones didn’t show much of a difference except for the selfie camera where the Yureka Black is a better one, but one of the most important aspect remains the battery where the Redmi 4 with its big 4100 mAh battery takes it away easily. Yu has given a higher resolution display and the quality of it is comparatively a little better but we’re still always going to give the performance, camera, and battery a higher value than the other departments.

OnePlus 5 - What do we know so far? (Confirmed)