Apple does a very limited number of events every year, and each of the events has something interesting to talk about. Most of these events have hardware announcements, and today’s “Let us Loop you in” event held at the Town Hall auditorium of the company’s headquarters was no exception. What makes today’s event interesting is the announcement of the new iPhone. A new iPhone in the first half of the year? that is new, but it had to be at a different time from the regular launch of iPhone successors because the newly announced iPhone SE either starts a new lineup of smaller sized iPhones that were almost gone from the market since Apple had begun selling 4.7-inch and 5.5-inch iPhones from 2014, or will have this one-off unit.

But was the event limited to this? Here are the key takeaways from yesterday’s event by Apple.

Apple started out the event by talking about how they are trying to conserve the environment. They mentioned that they have their entire offices in a few countries running completely on Renewable Energy. They then talked about their Recycling Program that lets you either drop your old iPhone to be recycled properly at any Apple Store or ship it to Apple for free by printing a prepaid shipping label from their website.

They talked about their own in-house robot Liam who tears apart the iPhones that you drop for recycling. They made it look really interesting by showcasing how each individual component is separated and recycled.

Apple had launched their Apple Watch last year with a pricing starting at $349, but yesterday in the event held in Cupertino, they announced that the Apple Watch will now be sold from $299. Does this give us a hint that a new Apple Watch might be coming soon? Well, that is probably true and it will be launched with the iPhone 7, later this year. Along with reducing the price of the Apple Watch, Apple also announced a new Band Type for the Apple Watch. They are calling this band the woven nylon band, and it will be available in various colors with the Apple Watch now.

Apple finally launched their most anticipated iPhone, the iPhone SE, which is a 4-inch form factor smartphone that a lot of users out there have been waiting for. The iPhone SE will be available in the popular iPhone colors, Gold, Rose Gold, Silver and Space Gray, in two storage variants, 16GB and 64GB. It is a mystery as to why would Apple still offer a 16GB variant of the device as that storage is just not enough for a device, but they still do. The iPhone SE is priced at $399 and $499 for the two variants, but in a surprising move today morning, Apple has announced the Indian pricing of iPhone SE as Rs. 39000 onwards, which is crazy. This roughly translates to $585 approximately, and this is a shock as to why would Apple do something like this for their Indian user base. 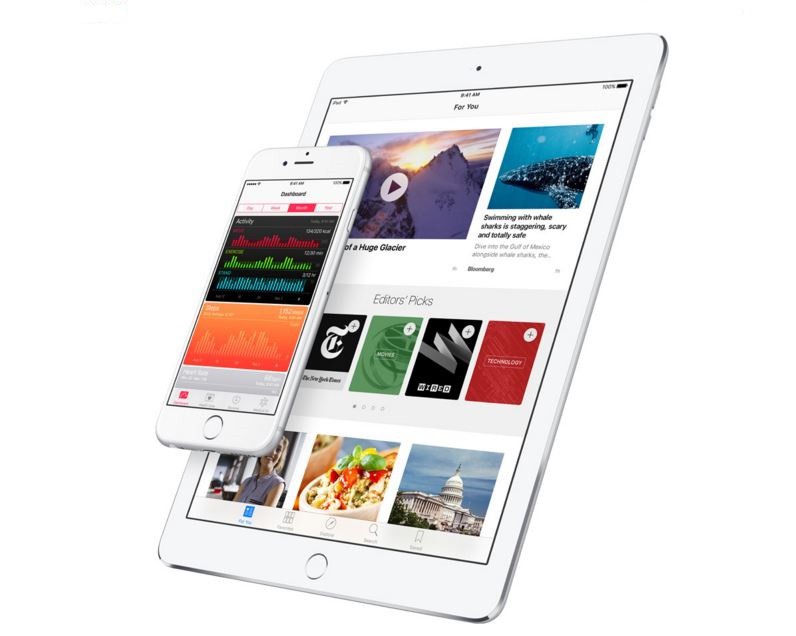 The new version of iOS adds the ever so popular F.lux feature of dimming the screen brightness and reducing the amount of blue light coming from the screen which Apple is calling Night Shift. Apart from this, you can now password protect your individual notes in the Notes app with your fingerprint and much more.

Apple also launched an updated iPad Pro with a 9.7-inch display, a smaller version to its older 12.9-inch iPad Pro. This new iPad Pro comes with a True Tone Display to give the users a much better and sharper display when reading or watching anything on their iPad. This iPad Pro comes in three variants, 32GB, 128GB and 256GB, priced at $599, $749 and $899 respectively. The iPad Pro will also be available in 4 colors, Gold, Silver, Space Gray, and Rose Gold. Yes, the iPad Pro is now in Rose Gold as well. There is another model of the iPad Pro, with WiFi + Cellular connectivity and is priced slightly higher than the respective WiFi only models. Check out the iPad Pro 9.7-inch pricing.

The Health App that can track your health to a great extent along with its ResearchKit API now allows you to track and analyze your health in a way that was not possible earlier. After your visit to the doctor, you can enter the data from the visit into the phone, and in the next visit choose what data you want to share with your doctor if the hospital is a partner and uses the ResearchKit API.

With this new API and CareKit, people will not be just able to track their day to day health better, but also understand what this change in their health actually means. The first app to be released under this program is for the patients of Parkinson’s disease.