The recent announcement of JioPhone was as surprising as every other announcement made by Jio before, as the announcement took the industry by a storm and motivated a few other telecom companies and device manufacturers to come up with their counter offerings. These new feature phones being launched also support 4G to be able to counter the JioPhone.

Some brands like Micromax and Lava have already had a very firm hold on the feature phone segment in the India market but the brand that are making rounds right now is Intex, which does appear to be a strong competitor in the market with its new Index Turbo 4G+ phone with offerings similar to that of the JioPhone. Most of the media portals and tech reviewers are calling the JioPhone as the ‘next big thing’ in the feature phones, but with the launch of the new Intex Turbo 4G+, can we still consider the Jio Phone as the leader in the feature phone race? Since both the phones are not yet available in the market we can’t really compare them all out, however, what we can do right now is compare the specs of both the phones and see which makes a better buy.

Surprisingly both the devices come with a very identical specification on the display front. The JioPhone comes with a 2.4-inch QVGA resolution display which should be more than enough for basic content browsing and be watching videos on one of the apps that come with the phone.

The Intex Turbo 4G+ also comes with the exact same size and resolution as the Jio Phone so there is nothing that could help us differentiate the two phones as of now. Coming to the design aspect we’ve only had access to the images of both the devices and it is very difficult to judge the ergonomics, material quality and other design constraints with this limited information.

Both the devices being feature phones it is unreasonable to expect extreme power and high storage capacity. If these two things are your forte then you’re better off looking for a smartphone rather than a feature phone.

The Jio phone still comes with a decently powered 1.2Ghz dual core processor which is speculated to be an offering or either Qualcomm or Spreadtrum. On the other hand, the processor used in the Intex Turbo + 4G is completely unknown but it is said to be the same power. Both the devices are reasonably well powered for a smartphone.

The Jio Phone comes with a forked version of the Firefox OS called the KaiOS which could be good new for a few, although the operating system on the Intex Turbo + 4G is still unknown, Intex has confirmed that it is in talks with a few leading OS developers to have the best offering on their latest feature phone.

Although there is a lot of speculation about both the phones right now, what is known is that just like the Jio Phone, even the Intex Turbo + 4G comes with 512 MB of RAM. This is more than enough for just about anything that you might want to do on a feature phone, all the apps on these phones will be developed keeping the processor and the RAM in mind, so you can be assured of the best performance.

The JioPhone comes with a 3-megapixel rear camera while the Intex Turbo + 4G comes with a 2-megapixel rear shooter. While these figures might sound abyssal in this era of 13+ Megapixel smartphone cameras, we should at no point forget that these are feature phones built to cater the most basic functionality. Although still unsure, these images might still look good on the devices considering the small and low-resolution screens that both the devices come with.

The Intex Turbo + 4G feature phone is said to be coming with a gigantic 2000mAh battery while the battery capacity of the Jio Phone is still unknown. The 2000mAh battery in the Intex phone should last you several days of usage on a single charge considering how little battery these phones draw.

The Intex Turbo + 4G has been announced for a cost of Rs1500 while the Jio Phone is effectively free if you use return if after 3 years. You will have to invest Rs1500 in buying either of the phones, but in the case of JioPhone, you can get back all of that money by returning the phone after the 3 years usage period. This certainly is a better bet if you know that you are going to use only Jio and its services for the 3 years to come.

Not just that, the Jio phone comes loaded with several Jio which give you free Live TV, Online Music, Online Movies and several other services that you might miss out upon if you choose to buy the Intex Turbo + 4G. The Jio Phone + 4G also comes with NFC ability for digital payments, this could be considered as a big addon as the Intex Turbo + 4G doesn’t come with any such unique features. Also, there have been rumors that WhatsApp might be working on a special version of their app that will work on the Jio Phone, if this does turn out to be true then it would make the deal even more sweeter.

However, if you are unsure about sticking to the Jio network for the upcoming 3 years then you might want to go with the Intex Turbo + 4G instead of the Jio Phone. Also, the Intex Turbo + 4G is going to have an app store which will let you download several 3rd party apps onto the smartphone 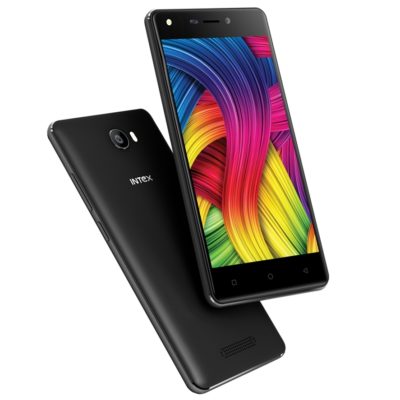