Qualcomm didn’t really have a great year in 2015, with issues such as warming and performance issues reported in different smartphones powered by the company’s flagship Snapdragon 810 processor. They have now changed a lot of features and inclusions in the top SoC of 2016, i.e. the Qualcomm Snapdragon 820 processor, and it won’t be a surprise if every brand comes up with their flagship having the Snapdragon 820 chipset. Following are the smartphones that are announced with Qualcomm Snapdragon 820 processor. This phablet comes in with a big list of top-end specs, and it was announced alongside the LeEco Le 2 and Le 2 Pro, but the Le Max 2 was an eye catcher, thanks to what all it packed. It does run on Snapdragon 820 chipset, Adreno 530 GPU and it comes with variants having 4GB and 6GB RAM!

The camera combination of 21-megapixel rear and 8-megapixel front-facing cameras looks all good, and the device runs Android 6.0 Marshmallow based EUI. Other inclusions are a USB Type-C connectivity, CDLA technology for audio, and Ultrasonic fingerprint sensor. ZUK from Lenovo is one of the latest smartphones in April 2016 to come powered by Qualcomm Snapdragon 820 chipset. It is a phone that concentrates not just on the power but everything else too. A 5.2-inch Full HD display, two variants with 4GB and 6GB RAM, and a camera combination of 13-megapixel rear, and 8-megapixel front-facing cameras.

With the set of sensors, the ZUK Z2 Pro is surely a killer, thanks to the heart rate sensor, fingerprint sensor, and a UV sensor as well, apart from the standard set. The flagship from HTC for the year 2016 packs the same chipset and has some good specifications under the hood. The smartphone comes with a 5.2 inch Quad HD display, and 4GB of RAM supports the Snapdragon 820 processor.

On the camera aspect, the HTC 10 has a 12-UltraPixel camera on the back and a 5MP camera on the front. The 3000 mAh battery is what keeps the phone running. Samsung’s flagship coming with Qualcomm Snapdragon 820 might be a surprise even if that was leaked well ahead of the official release. Samsung did quite well with its Exynos chipset last year in the Galaxy S6, but now the company has chosen to opt for Qualcomm’s flagship chipset in both, the Galaxy S7 and the Galaxy S7 Edge. LG G5 is one of the flagship to look up to, if you talk about the innovation done in terms of design. The company wanted to have a metal body that is firm and doesn’t have any compromises, but then they also wanted to give the users an option of pulling out the battery. So, you have a phone now whose battery can be pulled out from the bottom.

The phone has Snapdragon 820 processor and along with that, some very good specifications and importantly, a group of smart accessories that the users can purchase to do a lot more than just the standard smartphone usage. Interestingly, the battery capacity has gone down from what it was in the LG G4. 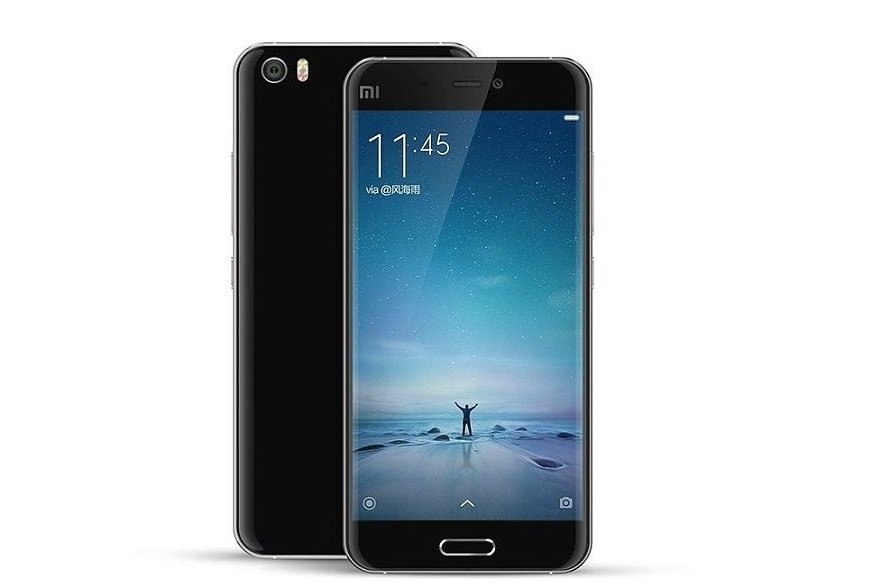 Xiaomi Mi5 was announced at the MWC 2016 event, and it has three variants in total, though they differ with the RAM and storage, not with the processor except for one variant where the clock speed of Snapdragon 820 is lesser. Sony has decided to stop the Z series that had phones from Xperia Z to the Z5, along with their compact variants as well as tablets. The new X series from the company now has three devices already, and the Xperia Z Performance concentrates majorly on the performance. It comes packed with Snapdragon 820 processor along with 3GB of RAM. LeEco’s Le Max Pro is actually the first phone to be sold with the new Snapdragon 820 SoC, and it isn’t just the processor that talks aloud here. The device has a Quad HD display, 4GB RAM, 21MP camera and a 3400 mAh battery to power it fully and call it a good flagship competitor. Not sure if there are any other Windows-OS running smartphones coming with Snapdragon 820 in the future, but the HP Elite X3 is the first one to have that powerful chipset and running Windows 10 mobile. The phone has a 5.9-inch Quad HD display, Fingerprint scanner, Iris recognition, IP67 water resistance, and a good 4150 mAh battery. The Axon series from ZTE has always been super on power and the second phone was a proof, with a Quad HD display, the Qualcomm Snapdragon 820 processor and 4GB of RAM. There is also a variant with 6GB of RAM. The Axon 7 also has a 20-megapixel rear camera with 4K video recording, 3250 mAh battery with support for Qualcomm Quick Charge 3.0 technology.

The ASUS ZenFone 3 series was announced with three phones, the ZenFone 3, ZenFone 3 Ultra, and ZenFone 3 Deluxe. The Deluxe variant was the highest on power with the inclusion of Snapdragon 820 chipset, and again, this is a phone that has a variant with 6GB of RAM.

Also, with the camera, the Deluxe is better than the standard ZenFone 3. It has a 23-megapixel Sony sensor camera with F/2.0 aperture and a Type-C connector is present to charge the 3000 mAh battery. The OnePlus flagship for 2016 is also powered by the same Qualcomm Snapdragon 820 processor, and along with that is also the good 6GB of RAM for multitasking. The phone is power packed in every way, and that’s the reason why we chose OnePlus 3 one of the best smartphones in its price range.

There’s a Full HD display on the front with a 5.5-inch screen and a camera combination of a 16-megapixel rear and an 8-megapixel camera on the front. The OnePlus 3 runs Android Marshmallow based OxygenOS and it is priced at Rs. 27999 in India. Announced at the Lenovo Tech World, the Moto Z and Moto Z Force got some negativity due to the exclusion of the 3.5mm headset jack. But not many noticed that aren’t just the average smartphones as they come packed with the Qualcomm Snapdragon 820 processor and 4GB of RAM. There’s also a 5.5-inch Quad HD display.

The Moto Z and Z Force are quite different in a few ways, and you can check the Moto Z Specs and Moto Z Force specs to learn more about them.

Obsession about the processor was quite known already, but when Asus had come up with the ZenFone 2 with 4GB of RAM, there was a lot of buzz around about it. Now, Vivo is trying to play on the same cards with the XPlay 5, which not just has the Snapdragon 820 SoC, but a whooping 6GB RAM support.

This list will be continuously updated with the latest launched smartphones, and we expect at least a bunch of other phones to be coming with the Snapdragon 820 SoC, as most of the flagships from different brands come with the flagship processor from Qualcomm or MediaTek.